← more from
Ninja Tune
Get fresh music recommendations delivered to your inbox every Friday.
We've updated our Terms of Use. You can review the changes here.

The Air Between Words 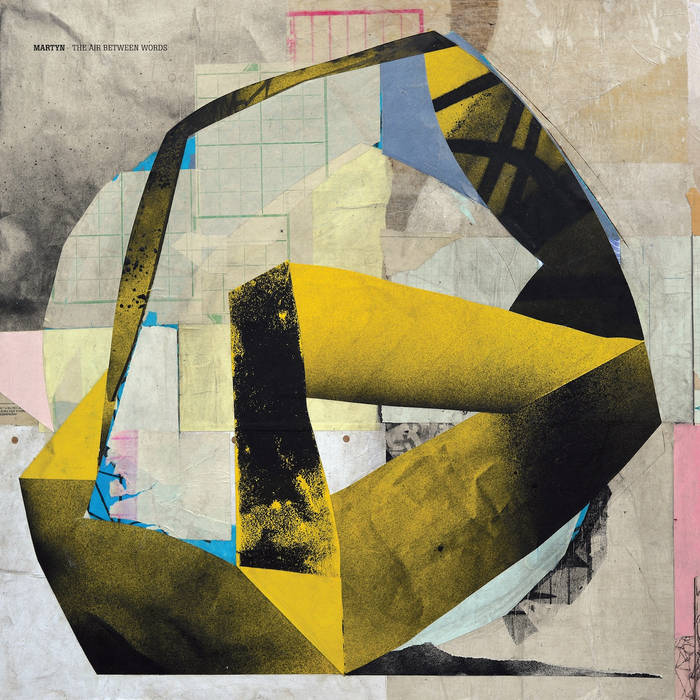 Three years after his last album - Ghost People - Martyn joins the Ninja Tune family to present his third long player. Universally respected for his ever-evolving, but inimitable sound, the Dutch-born, Washington DC-based producer brings an entirely new sonic direction with The Air Between Words. This is an exploration of the essence of all of Martyn’s music: a rugged four-to-the-floor groove, intelligently sculpted and artfully composed.

Where Great Lengths - his 2009 debut - was a body of work that explored Martyn’s uncategorizable versatility, and 2011’s Ghost People (via Brainfeeder) was a focused effort on writing an album with a specific sound, The Air Between Words came from a different realm altogether. Martyn had no parameters, and in fact no plan at all. He fell into a back-to-basics mentality where simple experimentation with purely analogue sounds and equipment inadvertently turned to melodic sketches, and without warning the album revealed itself.

“Every album signifies a period in your life, and finishing one shows you something about yourself,” says Martyn about the experience. “Without the music being introspective, this is my most natural sounding album.”

Martyn joins forces with Kieran Hebden aka Four Tet for ‘Glassbeadgames’, a powerhouse of a track that finds the perfect amalgamation of both producers’ fortés. Heavy kicks, UKG-esque percussion and swirling subs dictate the groove, whilst the melodic progressions are simultaneously melancholic and anthemic, and further enhanced by a Hebden trademark thumb piano motif.

Another collaboration - ‘Love of Pleasure’ - finds Martyn partnering with his good friend copeland (formerly known as Inga Copeland, or one half of art pop duo Hype Williams). Her fragile vocal cuts through distorted piano riffs and swathes of broken synths, a fitting centerpiece for the album before it returns to its essence via ‘Forgiveness Step 2’, ‘Like That’ and ‘Two Leads and a Computer’, which distinctly draw from a 90s Warp heritage (Sweet Exorcist, LFO and Autechre) but bizarrely sound like they’ve been beamed from the future. After the Afro-tinged elegance of ‘Lullaby’, the final piece word belongs to ‘Fashion Skater’: a dark, earthy, almost Zen-like exercise in house music in its purest form.

Stylistically and sonically, Martyn stands apart from his counterparts. His music incorporates vintage references but is steadfastly forward-facing at the same time. He’s always done that. His sound is heritage and future - and that character has elevated him alongside fellow electronic heavyweights such as Four Tet, Kode9, dBridge and Mark Pritchard.

Bandcamp Daily  your guide to the world of Bandcamp

Oakland producer Mejiwahn chats about his breezy and transportive LP.